An image is said to be 360 when it can show everything around the point from where it was captured, allowing you to choose the area where you want to look through a manual system, like the computer mouse or dragging the image with your finger. Also called panoramic image, virtual reality, spherical photography, etc. This image can be static (photography) or it can be a video.

The techniques derived from taking 360 images, such as tiny planet, fisheye, 3D, etc., are not new. However, the development of technology has allowed this process to be simplified considerably today, allowing the experimentation of Virtual Reality at a derisory price. Such is the case of initiatives such as Google Maps and Street View applications and its CardBoard viewer.

The popularization of access to high-tech mobile telephony, together with the wide variety of possibilities presented by this technique, augur a 360 presence and constant growth. Professional sectors, such as the real estate market, have quickly implemented it as a sales tool. The applications multiply once the possibility of live 360º video broadcasts is already a reality.

Scroll through the photo 360º by dragging the image.

As Google is a pioneer in popularizing access to this technology, and therefore the greatest exponent of its diffusion today, we decided to join its activity and become certified photographers of this international company. Our contributions of 360 photographs can be seen on both Google Maps and Street View.
Find us in the Google directory. We are currently the only photographers recommended by Google in the area. Click on the image and find us in: Spain – Andalucía – Nerja.

But in addition, these 360 images allow them to connect with each other, establishing a virtual tour of the interior of the establishment to which they are linked.

Click on the image to see the virtual tour on Google Maps. 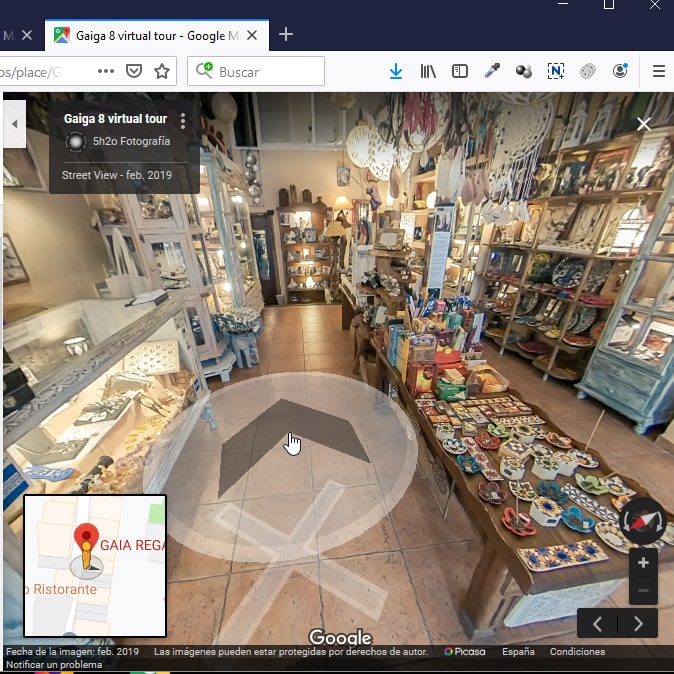 With this technique, supported by most social networks, you can show the inside of your business to your FaceBook or Instagram followers in a very real and attractive way.

And of course, it can also be easily implemented on the WEB of your business through plugins, with increasingly incredible functions.

It is a direct window to which thousands of potential customers look out every day through the mobile, tablet, computer …
We are all connected by the network.

Invite them to come in!